When the time comes that kids reach their elementary age, most parents would love the idea of them manifesting their independent behavior. At this point, the kids also become busy and strive towards gaining their real independence.

In helping them gain their independence, chore charts are proven to be a tangible proof for the kids.

With these charts come the two forms of acknowledgment such as kids’ awards and certificates. These can make them more interested and stay motivated.

The mere fact that these charts help kids in gaining independence, it is still a must to know how to use them properly. Always remember that behavior charts are primarily based on positive reinforcement, wherein a reward or positive stimulus is presented for the good behavior that is manifested.

As a result, the independent behavior continues and increases. When done correctly, the chart may prove to be a reliable and effective means of seeing positive improvements on the behavior of the child.

As mentioned, rewards also play their crucial role in helping kids gain independence. You need to think about the rewards for your kids to participate in achieving the desired behavior. You can expect that your kid will consistently exhibit the behavior of being independent.

One of the suggested reward options is a favorite meal that is prepared at home. In addition, you have to offer for a verbal praise for the positive behavior towards independence. Oftentimes, verbal praise is more important, reinforcing and effective as compared to actual rewards.

The Things to Do to Help Kids Learn

On a regular basis, parents should catch their kids doing something good. They should always give them praise and reward for their huge effort. They should also concentrate on the positive behavior of their children of being independent.

The children should also be encouraged in doing the chores or tasks on their own. Parents, on the other hand, should help them develop their higher and healthier self esteem. The kids will feel more confident and are more likely to become independent.

Co-Sleeping with Kids as Part of Helping Kids

Co-sleeping is one of the things that parents must do for their kids to gain independent sleeping. There are times that children are restless and fussy. They are also calm when their Dad or Mom sleeps with them in bed. Although this change can be difficult, parents must devote their patience and time for the change in the sleeping pattern.

Even if children are reluctant in being separated on their parent’s bed, incentives should also be offered. The charts can also be used as a form of gauging the behavior. These can also guide parents toward the improved behavior of their children.

Through the use of the chart, the kids will become fully motivated in their independent behavior. This also helps them consistently to develop the habit for their good sense of accomplishment and self confidence.

Parents can be free from the time spent in micromanaging and arguing with their kids about their independence in certain tasks, chores and activities. 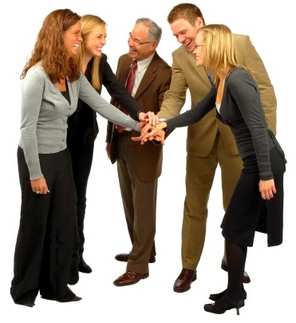